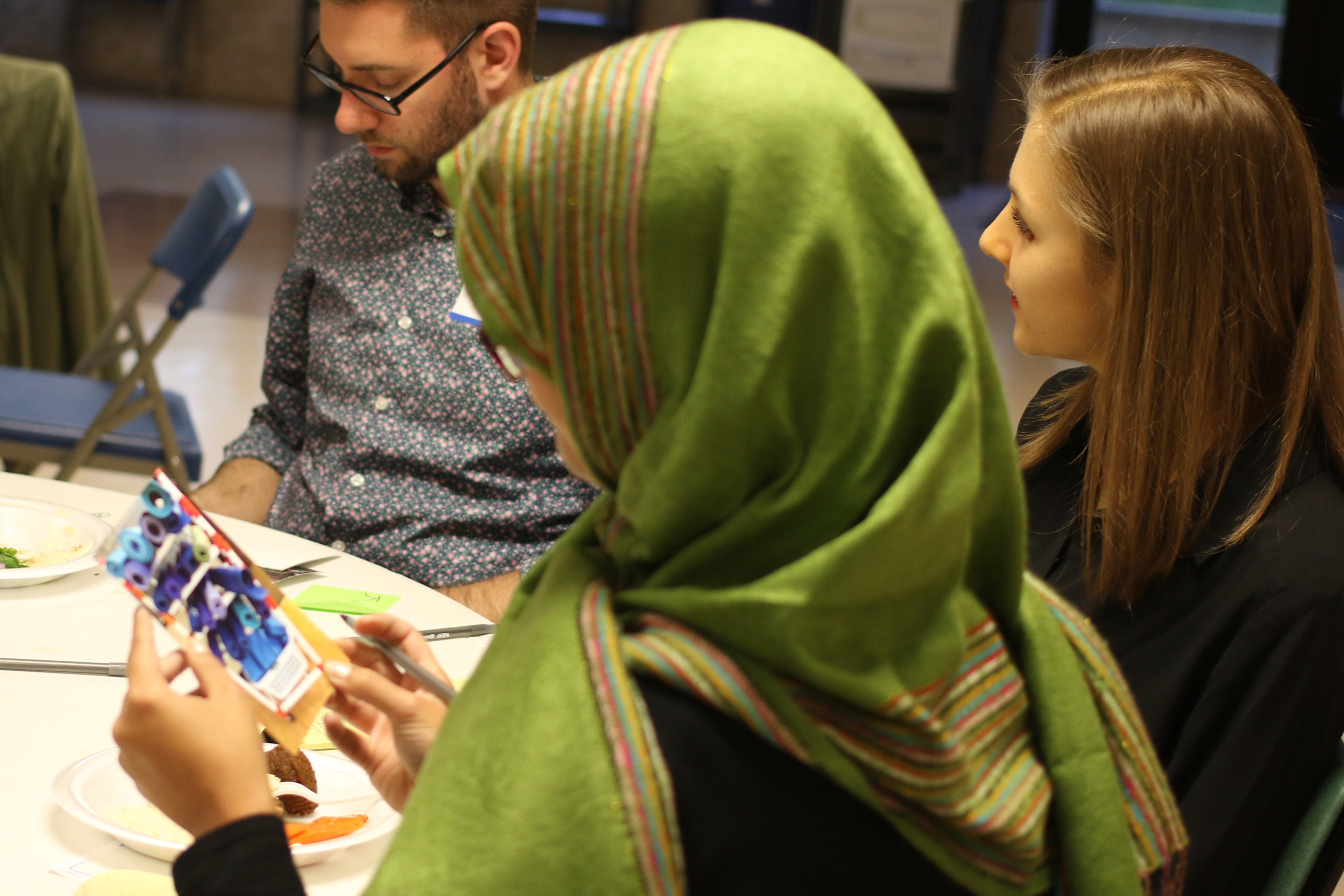 Originally published on January 31, 2019 in the Grand Rapids Press.

How do cellphones promote interfaith understanding?

A project called the Interfaith Photovoice Initiative brought together people from different faith groups in Grand Rapids to explore each other’s faith experience by using the cameras on their smartphones. The results of their efforts will be featured at the opening of an exhibition at the First United Methodist Church this Monday, February 4, 7:00–8:30 pm. At this opening reception you will be able to view the results and interact with the participants in this project.

It is our plan to continue this project with another cohort of interfaith participants this spring.  It is a wonderful way to get to know and understand someone from a different faith tradition.  By sharing your faith experience through your cellphone pictures, you get to know other people and learn more about their faith practice.

This project is just one of many small groups that were formed this past year to bring together people around common interests.  It was a part of the 2018 – Year of Interfaith Friendship.

Other interfaith groups are also continuing this year involving book discussion, doing art, cooking various ethnic dishes, watching current cinema, knitting, exploring contemplative practices, and doing service projects.  In each of these activities persons from various faith communities are coming together to share their common interests while developing new friends across faith lines. If you would like to join any of these groups check our website at www.InterfaithUnderstanding.org or contact us at [email protected].

The Photovoice effort is coordinated by Roman Williams, a professor at Calvin College. He describes the project in the following summary.

If you are like most Americans, you carry a mobile phone with you wherever you go—in fact, you may be reading this piece on your smartphone. It is also likely that you frequently use your cell phone to snap and share photographs. People use these images to document their lives and communicate with others. I recently texted my teenage daughter to ask what she was up to and she replied, not with words, but with a photograph. After all, a photograph is worth a thousand words, right? Since photos are able to communicate meanings, we could learn a lot about each other by scrolling through our camera rolls. What would your photos reveal about your everyday life?

The idea that photos convey narratives is the starting point for an innovative approach to interfaith dialogue called photovoice. We bring together groups of people from different religious backgrounds to explore faith in everyday life through amateur photography and small group conversations. Participants commit to five meetings that unfold over the course of several weeks and use their own photographs to have conversations about faith. In each meeting, participants use their photographs to discuss faith in everyday life, including the challenges they face and the changes they would like to see in their community. At the end of a project, participants work together to select photographs for a pubic exhibition. And in this way, they extend their conversations and engage the broader community with their experiences, insights, and concerns.

As a facilitator, I’ve watched people from different faith backgrounds learn a great deal from one another, form new friendships, and develop empathy. Last fall, I watched this happen with a group of two dozen Muslims and Christians who met at the At-Tawheed Islamic Center in Grand Rapids. One example of this is a conversation in which Christians were enthralled by a Muslim’s photos showing the challenge of fitting daily prayer into their life at work. As the conversation unfolded, he described the ways coworkers help him to create space to pray. He also described the challenges of being faithful in a culture that is not structured around Muslim prayer times. This prompted a Christian woman to share a photo of a box of prayer requests that sits on the conference table at her work, a private business that is not officially affiliated with Christianity, but owned by a Christian. She described how people in her office pray for their clients. As they exchanged descriptions of their respective prayer practices, visual narratives about Muslims and Christians being faithful in prayer at work garnered a new appreciation and deepened connections. The experiences were unfamiliar until we discussed them. As far as I know, Muslims don’t have prayer request boxes (nor do very many Christians or workplaces for that matter). Likewise, most Christians are unfamiliar with what is involved in daily Muslim prayers and how challenging it can be to be faithful. By combining verbal descriptions with photographs, these unfamiliar worlds became more easily understood. And Muslims and Christians built a deeper appreciation for a practice (prayer) that they share in common, even if their practices are different.

Photovoice is known as a participatory action research method, which is a fancy way of saying that the goal of photovoice is not entirely academic. In fact, the first order of business is to build understanding by empowering people with a process to explore experiences, needs, and concerns in their community. This is where photovoice gets its name: using photos to give voice to people’s narratives in a way that generates insights that impact communities. Where many approaches to interfaith dialogue are top-town, photovoice provides a bottom-up, grassroots approach to interfaith understanding. In an era when people of faith carry cameras wherever they go (in the form of a smartphone), photography represents a new opportunity for interfaith dialogue.

The Interfaith Photovoice Initiative is an effort to pursue the goals of understanding, empowerment, and change with people of faith. Our initiative is international and unfolding in five sites: Richmond, Virginia; Grand Rapids, Michigan; New York City; Fredericton, New Brunswick (Canada); and Muscat, Oman. The project is based at Calvin College, funded by the Louisville Institute, and conducted in partnership with The Kaufman Interfaith Institute in Grand Rapids with funding help from the Issachar Foundation.